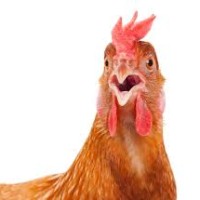 Everyone who has studied with Allan Gibbard knows about chicken pull. As he tells the story, the philosopher Richard Brandt went off to the Hopi reservation in Arizona in the late 40s to study their ethical life. He found that their moral opinions were very much like ours, and that where they differed it was plausibly due to different beliefs about the natural world. But he did find one important difference, which was that the Hopi did not think that animals’ pain was a reason not to hurt them. They liked to play a game called “chicken pull” in which a live chicken is buried up to its neck in sand and the players take turns trying to snatch the chicken out from the sand while riding by on horseback. According to Gibbard, when Brandt asked them whether the chicken felt pain in this game, the Hopi agreed. When he asked them whether the chicken’s pain was the same as human pain, they also agreed. But they didn’t think the fact that the game caused pain to the chicken was a reason not to play it.

Gibbard uses the example to illustrate the possibility of fundamental moral disagreement – disagreement, that is, that is not based on someone’s confusion, irrationality, or ignorance or misapprehension of some relevant naturalistic fact. On Gibbard’s telling, we and the Hopi agree on all the “plain” naturalistic matters of fact, like whether the chicken feels pain. We just fundamentally disagree on what that implies for what to do.

The possibility of fundamental moral disagreement matters to the dispute between ethical expressivists (like Gibbard) and non-naturalist realists about ethics on one side and naturalist realists about ethics on the other. Naturalists have trouble explaining how genuine fundamental moral disagreement is possible. If moral naturalism is true, then it seems that the dispute between us and the Hopi can be settled in principle by further empirical investigation. For then moral properties would be natural properties, or at least reducible to them, in which case, if we learn enough about the natural world, our theory of it should entail the correct ethical theory. But that would show the dispute not to be fundamental after all, since it would be based on ignorance of naturalistic facts. In contrast, ethical expressivists hold that moral judgments express non-cognitive states – states like desires and intentions – that do not plainly represent any matters of fact. These theorists take it to be an advantage of their view that it predicts that two people can hold wildly different theories of the good without in any way misusing ethical concepts or being mistaken or confused.[i]

But this bit of philosophical folklore always seemed to me a little too neatly cut to be the whole truth, and being a moral naturalist myself, I have a vested interest in sussing out the complications. I’m particularly interested in two questions: whether Brandt uncovered strong evidence of a cultural fundamental moral disagreement on the treatment of animals, as Gibbard usually portrays it, and whether he found strong evidence of any fundamental moral disagreement on the treatment of animals, whether it’s properly cultural or not.

Brandt died in 1997, so there is no following up with him on the story. But we do have his 1954 anthropological work on the Hopi, Hopi Ethics.[ii] I dug it out from the library recently, and this is what I found.
​
(Page references are to that work, unless indicated otherwise. Brandt contrasts Hopi beliefs with those of “white Americans”. Since the American culture I am familiar with is not exclusively white, I will write of non-First Nation Americans, or NFNAs, at least when not attributing views to Brandt.)

The apparent cruelty of the Hopi towards animals made a strong impression on Brandt, especially given some of their beliefs about animals’ psychology that would tend to make them more like humans rather than less (245). And it was indeed his conclusion that the Hopi’s treatment of animals showed there to be at least one fundamental ethical disagreement between them and white Americans (246). But was he right to draw this conclusion, at least given the evidence he presents in the book?

At the beginning of the section on treatment of animals – and in contrast to what Gibbard usually reports Brandt as holding – Brandt tells us that most Hopi hold that it is wrong to make anything suffer if it has not done anything wrong, animals included. In fact, he reports most Hopi as taking it as obvious that the feelings of animals are reasons to be kind to them. That’s a significant reason to think that the Hopi really do think animals’ pain as a reason not to harm them, and so that we don’t disagree with them on this point after all. (The Hopi may be more willing to attribute wrongdoing to animals and punish them for it than we are, but this is not clear evidence of a fundamental moral disagreement. The Hopi appear to have different beliefs about animals’ mental lives than most NFNAs today.)

He does, however, present evidence in favor of the claim that some Hopi thought that animals’ pain itself was not a reason against mistreating them. One of his informants, A, liked playing chicken pull even though he thought that “animals have pain as much as human flesh” (215). Brandt also indicates that gratuitous cruelty to animals is common among the Hopi, such as allowing children to catch and “play” with birds that usually die. “Nobody objects to this,” he quotes an informant as saying. Sometimes animals are executed during dances, and he reports that once a dance audience was amused by the botched execution of a donkey. Interestingly, a number of informants hint that they find it significant that animals cannot speak or complain. So it is possible that these Hopi believe that a being’s pain is only a reason not to harm if it complains about it. That would be in disagreement with NFNA moral belief, I think.

But none of this amounts to incontrovertible evidence of a fundamental moral disagreement between Hopi and NFNA culture. After all, most NFNAs believe that it’s ok to kill an animal just because you want to eat it, even if it has done nothing wrong and would suffer pain thereby. Many also think that it’s ok to take pleasure in killing animals, as in hunting. Perhaps some of these people also think that animals’ pain itself does not matter morally. If that’s so then the actuality of fundamental moral disagreement is more interpersonal than intercultural, and it is misleading to illustrate it with a supposed cultural difference.

However, I reckon it more likely that hunters and animal-eaters generally agree that animals’ pain is a reason not to kill them even when they are killed for sport or food, but also think it not a very strong one, or at least it is simply not one they care about very much. At least that is what I thought back when I was a meat-eater! Given that most Hopi told Brandt that they thought animal suffering mattered morally, Brandt’s story gives us some reason to think that the Hopi thought of animal suffering as a reason not to harm them, albeit a weak one or one that did not motivate them.

Put simply, a plausible alternative to the relativistic hypothesis – the thesis that there is fundamental moral disagreement between some of the Hopi and most of us NFNAs on whether all pain is a reason not to harm – is the hypothesis that the Hopi who were cruel to animals believed that it was wrong to hurt animals, but manifested the same kind of divergence between ethical ideals and actual behavior that is rampant in human societies; their divergence on this point is simply greater than you would expect among NFNAs. Brandt’s interviews don’t seem to me to favor one hypothesis over the other. I conclude that Brandt’s interviews don’t provide strong evidence that some among the Hopi thought that suffering itself was not a reason not to harm, nor that there is fundamental moral disagreement.

In a Facebook thread about an earlier version of this post, several philosophers pointed out that there may be much better evidence of fundamental moral disagreement elsewhere, even on the proper treatment of animals. Neil Levy (a philosopher at Macquarie University and at the University of Oxford) pointed me to a biologist’s memoirs of field work in Papua New Guinea, Tim Flannery’s Throwim Way Leg.[iii] In a short section he writes that the New Guinea villagers “seem not to have our concept of animal cruelty” (ibid., p. 28). He recounts the myriad cruelties the villagers visit upon animals, including plucking a bird alive and throwing it into boiling water, as well as their astonishment that Flannery would protest this treatment.

But Flannery’s quick presentation of these details raises more questions than it answers. The villagers may not know that plucking a bird causes it pain; their beliefs about when animals die seem to differ from ours (see ibid.); and Flannery indicates that much of the cruelty can be explained by the need to keep meat fresh for as long as possible in the harsh tropical climate. None of this is to say that we won’t find a fundamental disagreement with these Papua New Guinea villagers, much less that there is none to be found elsewhere. But Brandt’s study is unique in that it is an exhaustive and careful study of a culture’s mores, conducted by a philosopher, for the express purpose of gauging the extent and causes of moral disagreement between very different cultures. It is therefore significant that it did not uncover strong evidence of fundamental moral disagreement.
​
I’ve posted a scan of the relevant bit from Brandt’s Hopi Ethics​ here. It’s fascinating stuff.

A version of this post originally appeared at paulsboswell.com.

[i] Of course, here I must pass over many subtleties in the descriptions of these positions and how they play out dialectically.